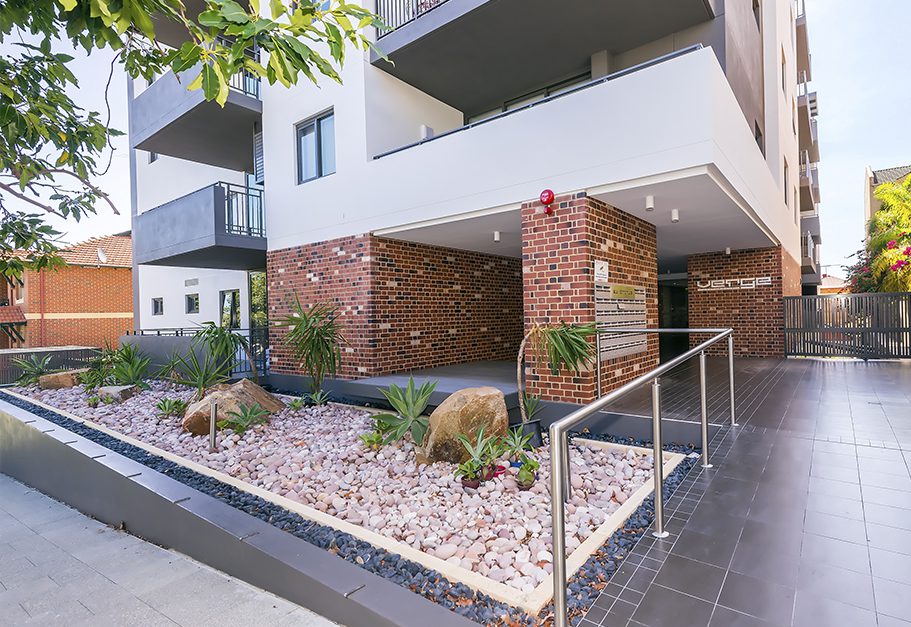 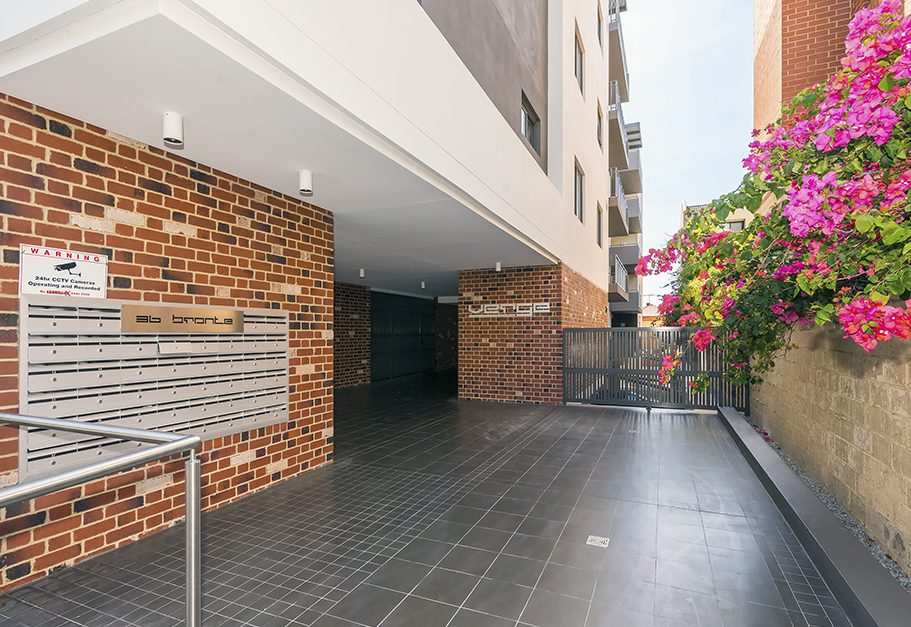 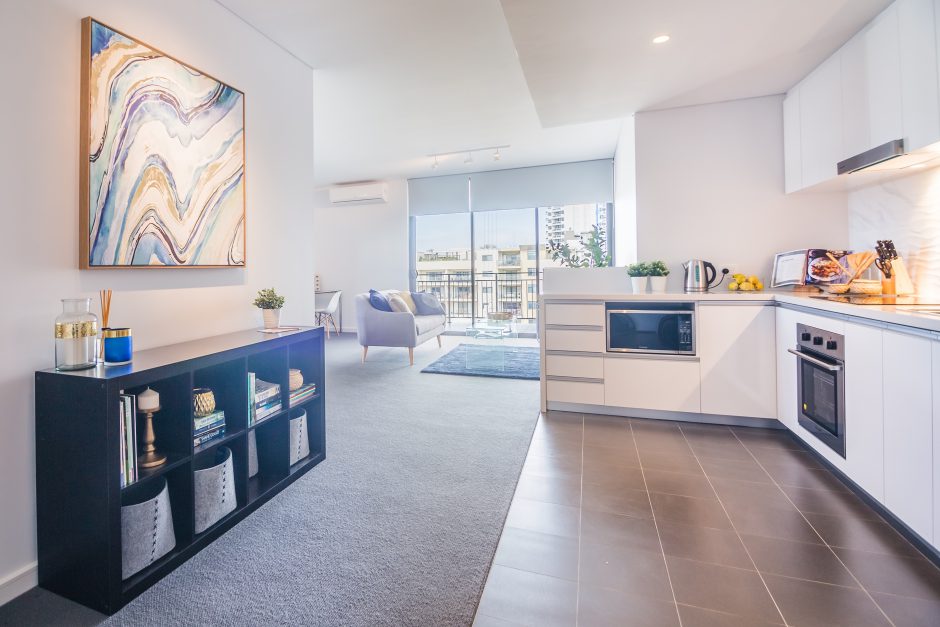 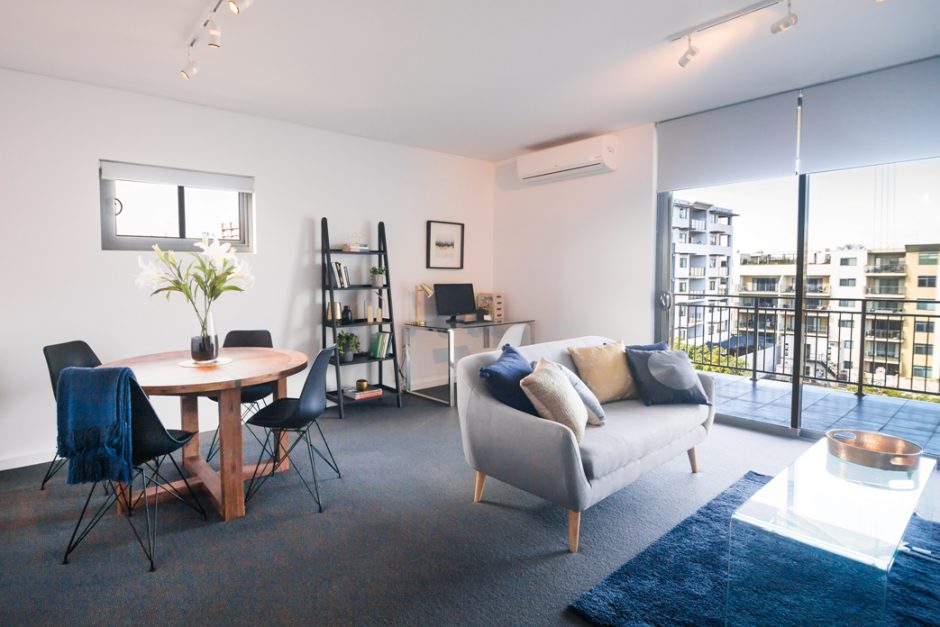 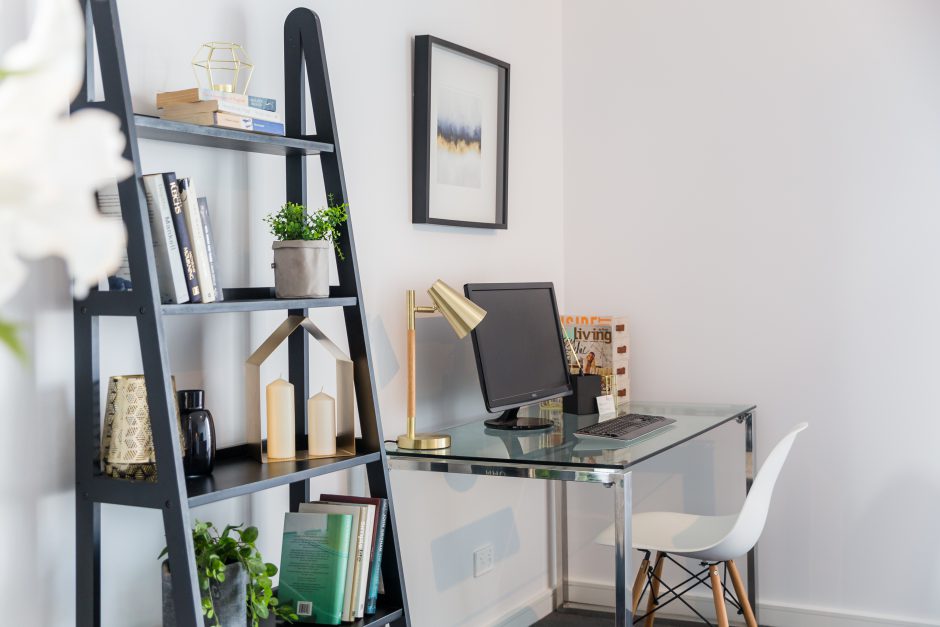 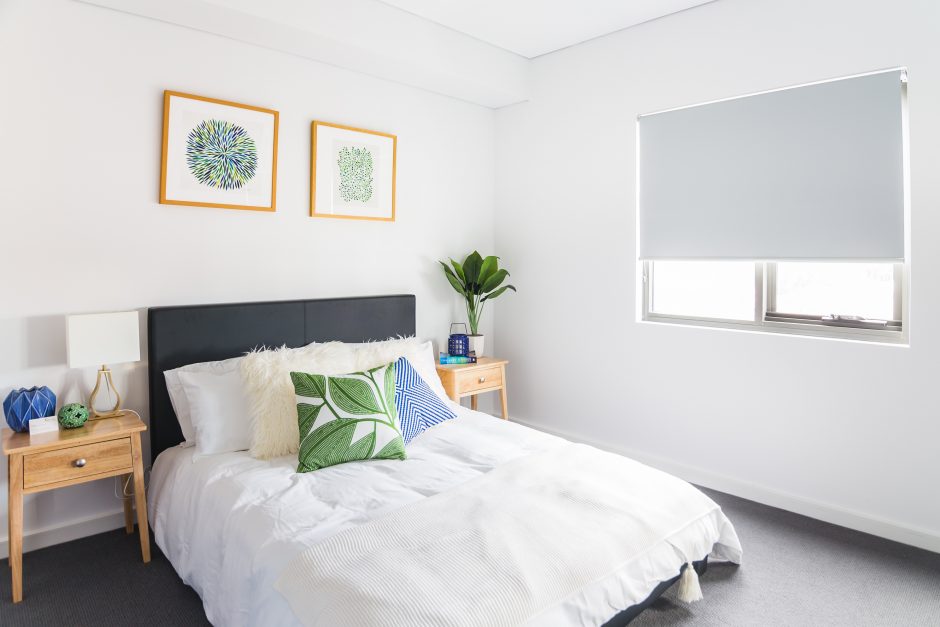 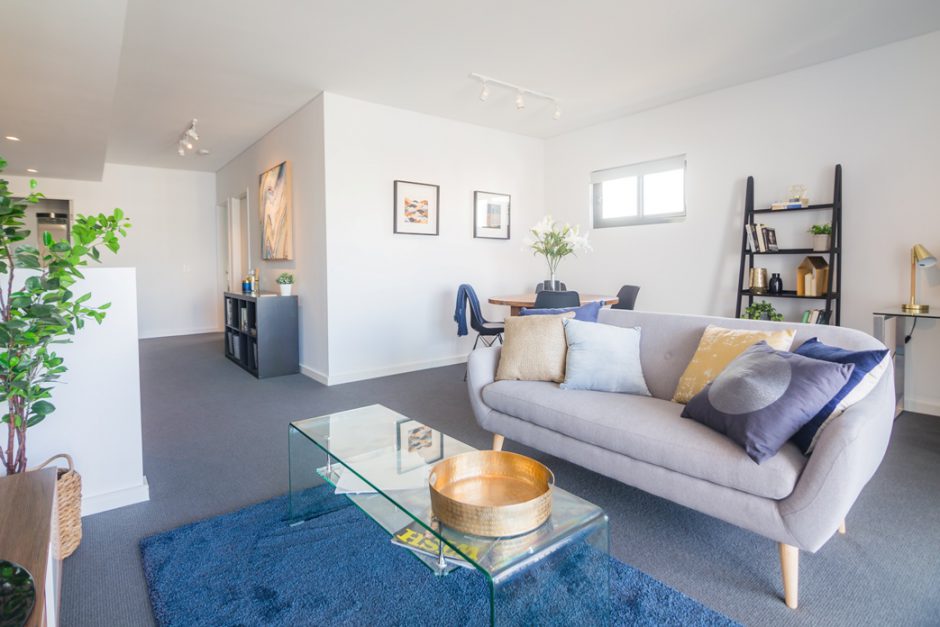 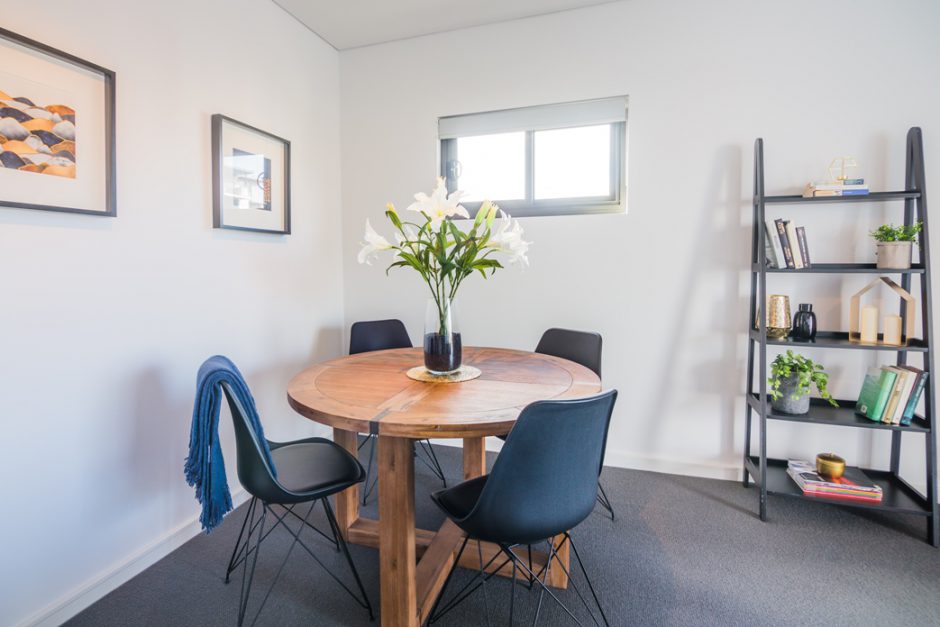 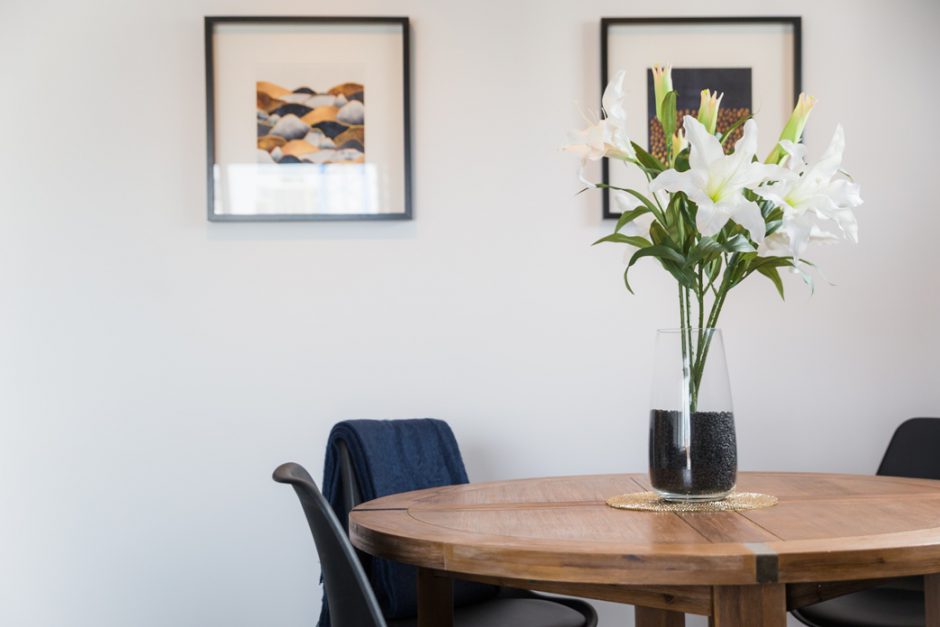 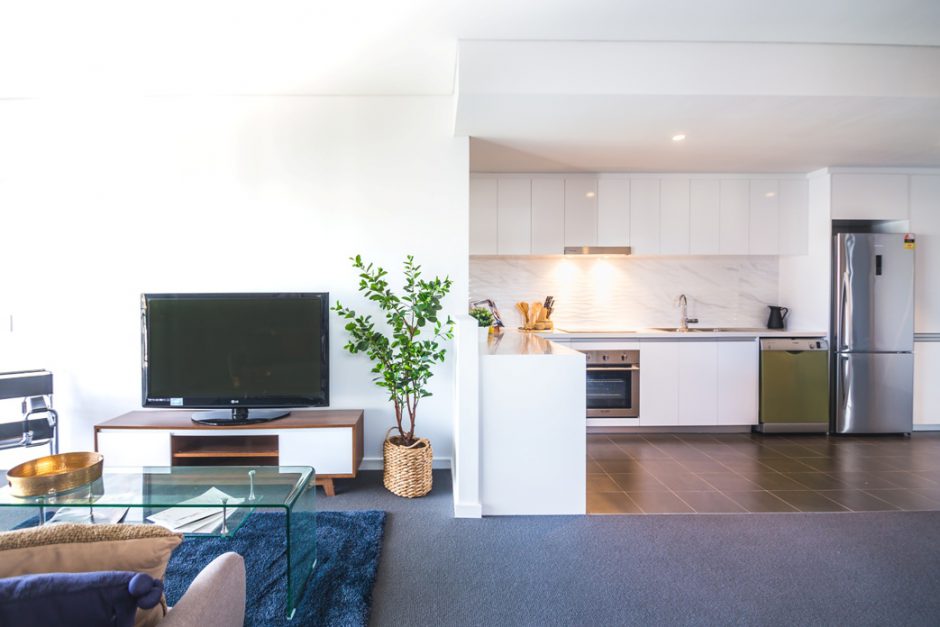 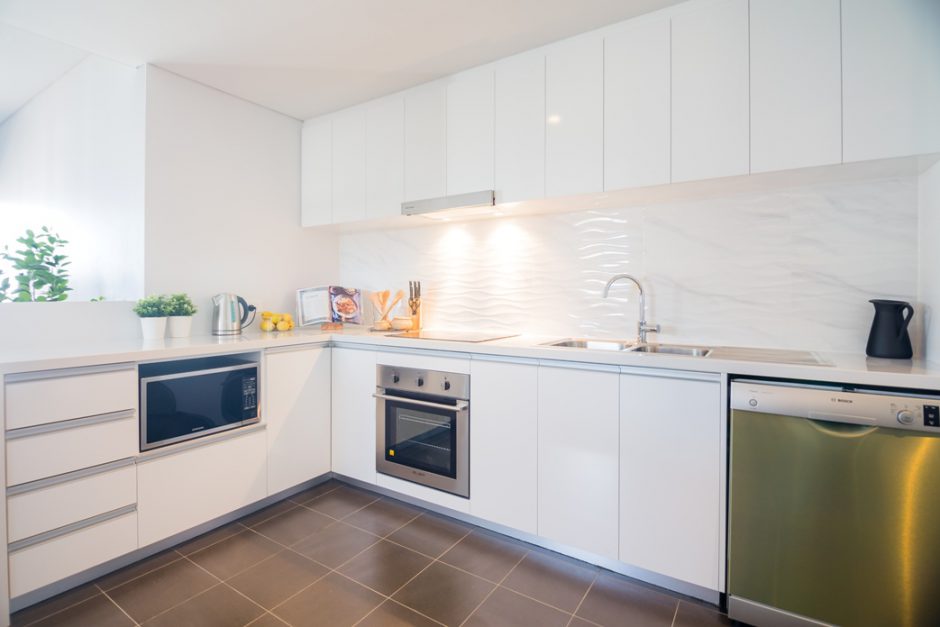 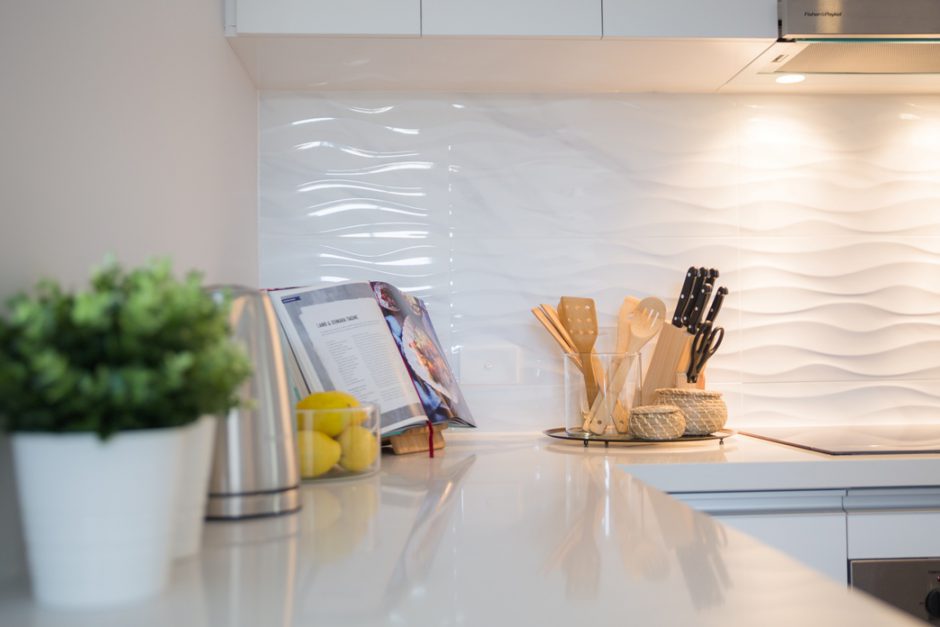 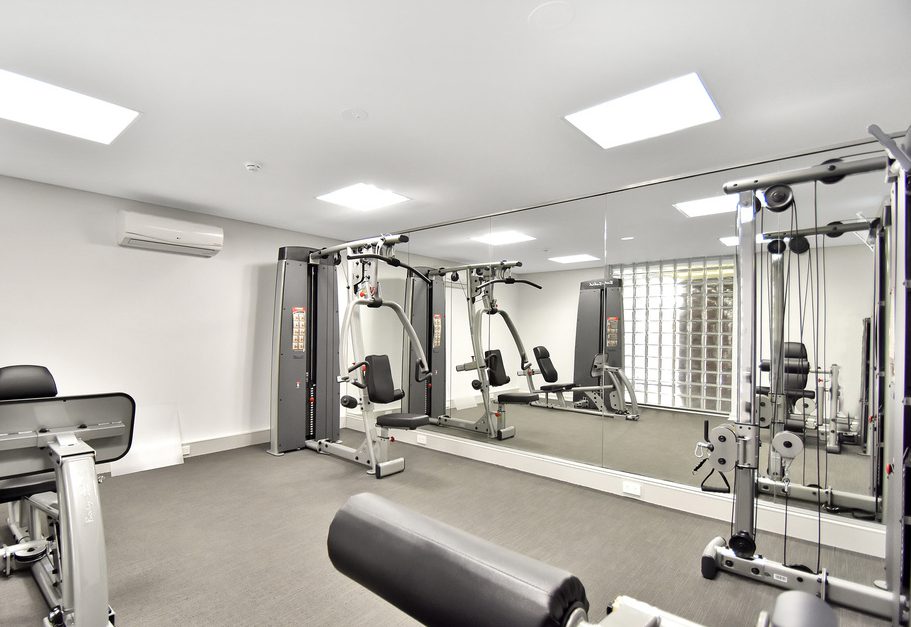 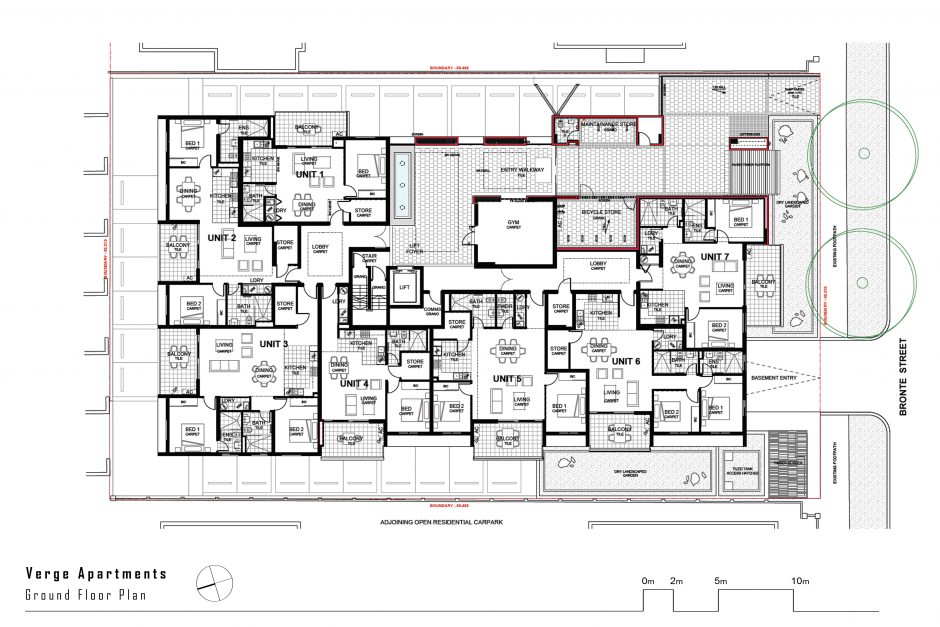 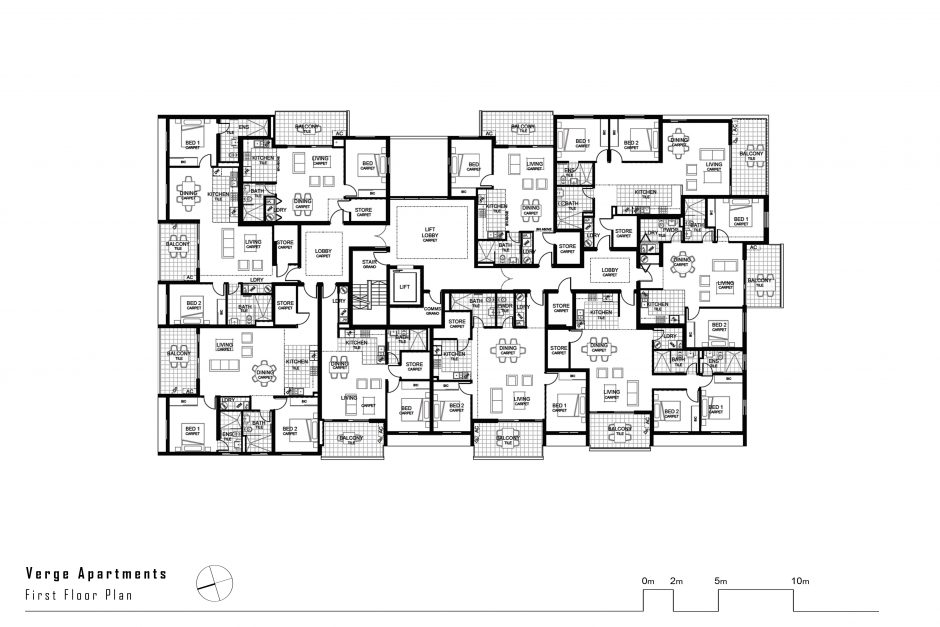 An undulating 1518sqm development site with a 3:1 plot ratio, surrounded by 2-4 storey older apartments and town houses of brick construction. Amendment 25 with respect to plot ratio increases could be utilized, however Amendment 26 with respect to more liberal height requirements had not been passed.

There is a 1m wide Water Corporation Easement straddling the northern boundary.

The goal is to achieve a trendy apartment style complex with minimum out-goings.

Challenge – make use of the various levels on the site to minimize cut and fill, while producing a design sympathetic to the existing buildings yet unfettered in its choice of current construction methods.

The design’s access points are influenced by the existing topography of the site to minimize cut and fill. From there, the apartment lay-out and orientation takes into account the surrounding properties, by maximizing the distances between the private balconies on either side. This is evident from the “C” shape of the overall floor plan, which also allows the one bedrooms on the eastern side to also “share” the garden space of the neighboring property.

Two additional foyer areas were incorporated into each floor on top of the existing generous lift foyer area, a feature often absent in similar developments. This allowed for a sense of spaciousness and improved circulation zones.

A small gym and a secure communal bike store has been included to allow for end user amenities. The common area includes two water wise zen gardens at the front with a corresponding waiting area for guest or those waiting to be picked up. Allowance was made early in the process for a substation, the location was selected to allow it to be converted to a wash bay in the event it was not required.

Re-cycled bricks were used at the front entrance to tie in this modern development to the older style brick construction of the surrounding properties. It also announced the entrance to the development and acted as a feature wall.