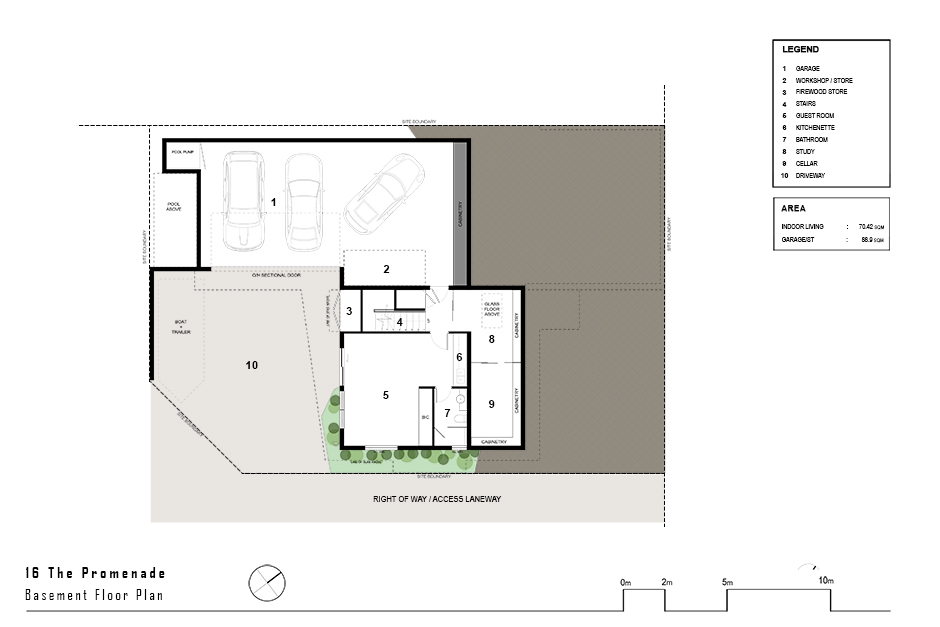 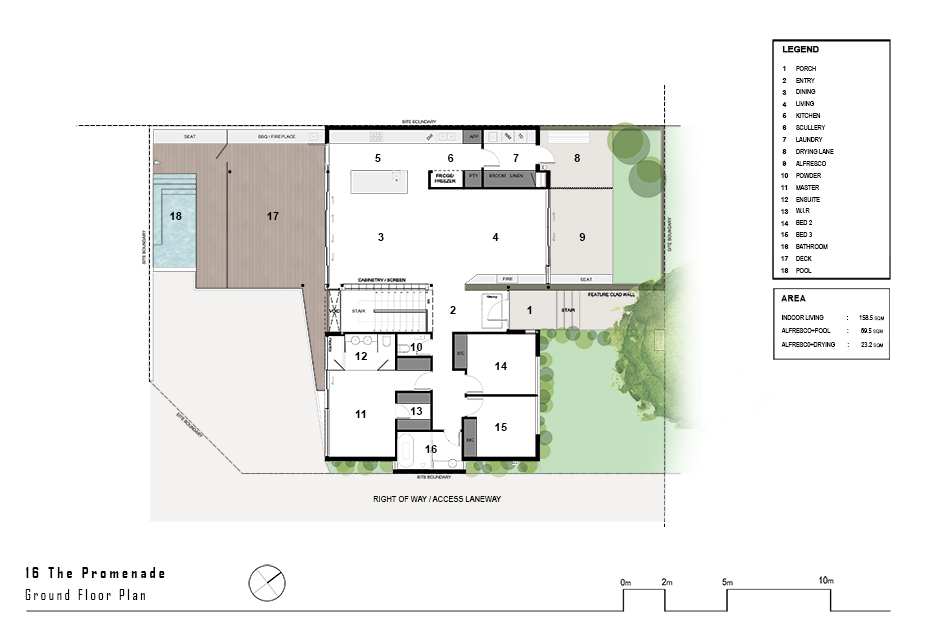 We were approached by a valued colleague in the building and design industry, who was looking to downsize from his large family home to a smaller ‘final’ home which could accommodate his family’s later years, whilst also providing a rental income through Airbnb as well as having space for the client to indulge in his passion for cars. The client also wanted to experiment with a predominently steel structure for his perfect, final home.

The site was a originally a single large suburban block which had since been subdivided into two. With steep topography and minimal site area, as well as a very specific brief the design had to be multifunctional, efficient and future proof.

Due to the minimal site area and steep topography, the decision was made to create a split level home which was divided into uses. The bottom floor contains the ‘other’ uses; a large garage workshop for the client to tinker with his cars, a study, cellar, and a guest suite complete with separate bathroom and kitchenette. This suite allows the client to attain additional income from potential sub-letting or Airbnb uses, and also future proofs the home by acting a secondary accessible master suite.

The top level is split into two uses; the ‘private’ bedrooms and bathroom to the south wing of the house and the ‘functional’ living, dining and kitchen to the northern wing. The staircase acts as both a point of interest in the entry as well as the central spine of the house, dividing all three uses both horizontally and vertically. In spite of the minimal site area there was a strong focus on creating external breakout spaces throughout, with an alfresco to the rear, private courtyard to the front, drying lane and pool.